How Can a Traffic Stop Turn Into Criminal Charges in NJ?

When we are driving and see those red and blue flashing lights behind us, everyone’s heart rate goes up substantially, even if we think we haven’t done anything wrong. It could be a broken taillight or expired tags, or maybe you forgot to use your turn signal as you were leaving Walmart. But that minor incident can become something much larger in a matter of minutes.

How Can a Traffic Stop Lead to Criminal Charges in NJ? 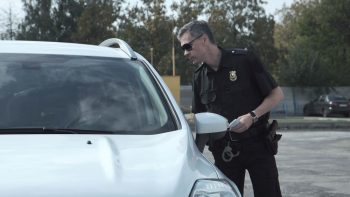 Traffic stops are made for one of a million reasons, from failure to yield to oncoming traffic to a burned-out headlight or speeding. The police only need a suspicion that an infraction or crime has been made to conduct a traffic stop. Traffic stops can be done when an infraction is witnessed or when there is an observance of dangerous behavior that can lead to further unlawful conduct, such as driving under the influence.

Legal behavior can also lead an officer to become suspicious if someone is nervous, sweating, stuttering, or unclear about the answers to the questions they have been asked regarding where they are going or why they are out so late. In court, a judge will analyze if the officer’s search was reasonable based on the evidence at hand and the officer’s experience with that situation.

You should take several steps if you are accused of a crime after being pulled over. Primordially, stay calm. Of course, you will be nervous and concerned, but it won’t help you lose your cool because the police officer could see you as a security risk. It is essential to know your rights. The police officer must read your Miranda rights, including your right to stay silent and get a lawyer. This next one is where many people make the biggest mistakes. Don’t say anything. You have the right to remain silent, and you should use that right. Something as simple as an officer asking you, “Do you know why I stopped you?” if you answer,” Yes, I was speeding,” you have just given him cause to have stopped you in the first place. Finally, you should cooperate. You don’t have to answer any questions but follow the directions you are given when you are booked and detained. Struggling, being aggressive, threatening can add charges and cause you trouble.

Criminal Charges That Could Arise Due to a Traffic Stop

Several criminal charges can happen due to a traffic stop, especially if the police have reason to believe you have something illegal in your possession based on what they see or smell. Once the officer stops a driver, the focus of the stop must be the original infraction for which the person was stopped until the officer has reason to suspect the driver is involved in criminal activity. An easy example would be the police officer seeing a crack pipe (possession of drug paraphernalia) on the car’s dash. The officer could then search the vehicle. Criminal drug arrests such as possession and intent to distribute are common at traffic stops. DUI arrests are common as well. There are times when a driver is pulled over for erratic driving or some other infraction and other times when drivers are caught under the influence at late-night checkpoints. If their car is being searched, some drivers have been found with stolen property or in possession of a firearm, two serious offenses. Sometimes, a driver panics when they see the police and take off. This is called eluding. When a driver does not see or hear the officer’s signal (lights and siren) to pull over, this may be interpreted as eluding when in fact, it was not the driver’s intention.

Possible Penalties For Criminal Charges Against You After a Police Stop

Despite criminal charges being the same, their consequences can be distinct. Everyone’s circumstances are different. A person driving down the highway at a high speed of 100 mph sees a police officer behind them and panics, going even faster. Eventually, they calm down enough to pull over. They then find themselves placed in handcuffs and considered a risk.

A kilo of marijuana is on the back seat when walking past your car, and beside it is a Ziploc bag of approximately 100 tablets of ecstasy. You are arrested on charges of eluding and possession of illicit drugs. You are looking at a $35,000 fine and 3 to 5 years for the drug charge. You can be charged with third-degree eluding resulting in a penalty of $15,000 and 3-5 years in prison. Depending on how long you were attempting to evade the police, you could be charged with a second-degree eluding offense. The prosecutor has to prove that you created a risk of injury or death while driving. For example, operating at such a high speed would be considered a risk. Second-degree eluding comes with a fine of $150,000 and 5-10 years of incarceration as well as a license suspension and an obligation to complete 85% of their sentence before qualifying for parole. 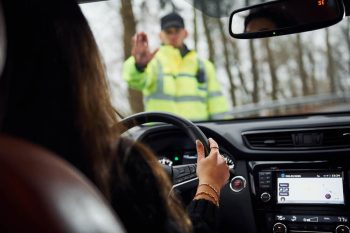 Suppose you get pulled over for your garden variety motor vehicle offense, and the officer sees a hypodermic needle or syringe on the passenger seat. In that case, you can be detained for having drug paraphernalia. This is a disorderly persons offense. The maximum sentence is six months in jail and a $1,000 fine.

Possession of a firearm is a very delicate matter. Perhaps you picked up a friend with plans to meet some friends at a party, and without your knowledge, they put a handgun on the floor, leaving it there during the party. You leave the party alone and get pulled over for a broken taillight. When the officer shines their light in the car, the weapon is in plain sight. You are arrested for possession of a firearm. A third-degree possession is for BB guns, shotguns, rifles, and air guns and carries 3 to 5 years of jail time. New Jersey has stringent laws regarding firearms, and a conviction usually means a mandatory prison sentence. A second-degree weapons charge for a handgun, machine gun, or assault weapon means a 5-10 year sentence even when the offender has no prior record.

If You Have Been Charged After a Traffic Stop at the Jersey Shore, Contact our Team of Criminal Defense Lawyers to Defend Your Case.

When dealing with traffic stops and searches that lead to additional charges, it is imperative to have an excellent criminal lawyer that could make the difference between you keeping your record clean, or having multiple charges. Frequently the cause for a search is subjective which could make what is found in the search irrelevant.

You do not have to consent to a search unless there is visible evidence that you have broken the law. You do not have to say where you were going, why you are going there, or with whom you will be meeting. If there is evidence of something illegal in your car, do not say anything. They will say,” If you help me, I can help you.” That is not true. The prosecutor is the one who decides what you will be charged with. Request a lawyer and call us immediately. We can help you in every part of your process from beginning to end.

If you have been arrested due to a traffic stop, know that our firm has supported clients across Little Silver, Asbury Park, Belmar, Holmdel, Freehold, Red Bank, and towns in Ocean and Monmouth County in winning criminal and motor vehicle offense cases.

At Chamlin, Uliano & Walsh, we know it can be worrisome and scary, but we have many years of experience in criminal law and have helped hundreds of clients with these serious situations. We know how to protect your rights and make the system work for you. Reach out to us at 732-440-3950 or toll-free at 888-328-9131 to schedule a free consultation to discuss your case. You can also fill out our online contact form, and we will get in touch with you as soon as possible.