Can I Contest a Will in New Jersey – and Win? 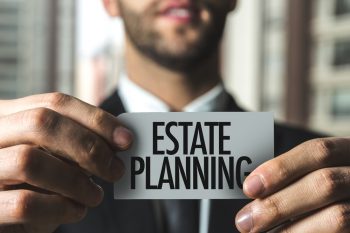 The answer to the question posed in the title is: Yes, you certainly can contest a will. Still, you’ll need to put a little thought into your situation—and you will probably need experienced legal representation to guide you in decisions and the court system to obtain the best possible outcome.

To contest a will in New Jersey, you will need two key factors:  standing and grounds for bringing a case to court.

To figure out if you have standing, you need to know whether or not you are interested in the will that a court will recognize. Courts recognize two kinds of people as having legal standing and an interest in a will:

If you need to speak to an attorney about the possibility of contesting a will in New Jersey, you can confidently call Chamlin, Uliano & Walsh at 732-229-3200. Our team of attorneys is equipped to provide you with the tools you need and the dedicated advocacy to turn the tides in your favor when disputing the validity of someone else’s will. Our team proudly serves all Jersey Shore area, frequently assisting clients in places like Shrewsbury, Hazlet, Oakhurst, Middletown, Rumson, Asbury Park, Howell, Colts Neck, and Little Silver. To find answers and assistance for your unique needs, we encourage you to contact us today.

How do I Contest a Will in New Jersey?

Six most common Grounds for Contesting a Will

There’s one other crucial element besides standing and grounds, and that’s the element of “Is this case winnable?” You will need to have at least one consultation with an attorney experienced in litigating estates and bequests to answer that question. The attorney can evaluate your case, see its strengths and weaknesses, and help you as you decide whether it is worth your time and effort to contest the will and take the matter to court.

If you think you might have standing and grounds to contest a will, please call the knowledgeable and experienced wills and estates lawyers at Chamlin, Uliano & Walsh today for a free consultation. We can help discern whether or not your case is worth pursuing and, if it is, we can guide you all the way through the process and represent you in court with experience and skill.

Our skilled team supports clients in Red Bank, Freehold, Long Branch, and Monmouth County as a whole, in many different types of wills, trusts, and estates matters. Feel free to call (732) 440-3950 for a free consultation with one of our estate attorneys.