DUI, Auto Accident, Personal Injury & Social Host Liability all wrapped up in one episode of Friends

Chandler, Monica, Joey, and Rachel remind us of the important things to remember to keep us safe around the holidays. 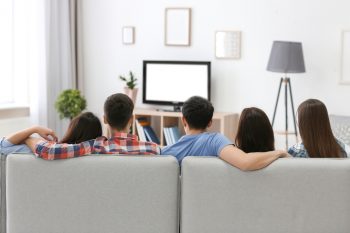 For one decade, Friends brought us countless classic episodes that are still replayed, quoted, and loved today more than 15 years after the show’s finale.  Friends was known particularly for their memorable Thanksgiving episodes. Seriously, who can forget when the underdog balloon gets away, when the gang plays football, when Joey tried to eat an entire Turkey himself, or when Chandler professes his love to Monica for the first time while she was wearing a turkey on her head? The list goes on…

So what if Friends was still on today. When they left us, Monica and Chandler moved to the suburbs with their newborn twins, and the rest of the gang stayed in the city. Monica being Monica, it is unlikely that she would give up the tradition of cooking Thanksgiving dinner despite their move out to the ‘burbs. We seriously doubt the friends would be apart on such an important holiday as Thanksgiving, so Rachel, Ross, Phoebe, and Joey would have to drive out to the Bings to participate in their annual Thanksgiving Dinner.

Rachel and Ross have Emma and maybe another kid or two by now, so they would have to take their own car. Phoebe and Mike have some kids of their own as well, so they have no room in their car either, which leaves Joey to fend for himself. Joey rents a zip car for the day and heads to Monica and Chandler’s in his sweatpants, ready for a big Thanksgiving meal.

When Joey arrives, Chandler hands him a beer while the guys watch the football game. While watching the game, all the guys throw back a couple more beers before they sit down for dinner. Monica serves wine with dinner, which Joey drinks as he stacks his plate with turkey, stuffing, and mashed potatoes.  Finally, they cap the night off with an after-dinner drink served with pumpkin pie. Joey is so stuffed he can barely move as he heads out the door with half a dozen containers of leftovers.

Joey starts digging through the containers on the car’s front seat, looking for the sugar cookies that Monica made. Growing increasingly frustrated, trying to locate the correct container, he takes his eyes off the road; when Joey glances back up, a deer is standing in the road. Joey swerves right in an effort to avoid the deer but ends up clipping the bumper of another motorist, spinning that car around before it travels off-road into an embankment. Joey is unharmed and quickly pulls his car over and dials 9-1-1. 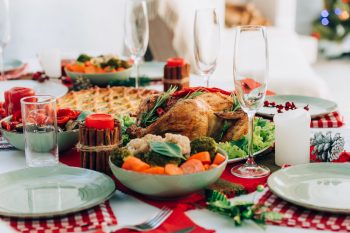 When the police arrive, Joey immediately explains that he was swerving to avoid a deer, but the officer picks up on the smell of alcohol emanating from Joey’s breath and places him under arrest for a DUI. Back at the station, Joey’s AlcoTest reading was .15.

The driver of the other vehicle involved in the car accident, Mr. Smith, sustains personal injury including a broken leg and cervical fracture.

When Mr. Smith tries to sue Joey, he comes to find that Joey is a struggling actor with minimal renters insurance on the car and no assets. Mr. Smith discovers that Joey had been drinking at his friend’s house before the accident and sues Monica and Chandler to recover for his injuries.

For our discussion, we assume that Monica and Chandler live in New Jersey, and the accident occurred in the Garden State.

What is social host liability?

A social host, historically, is an individual that throws a social gathering and serves alcohol legally. Social Hosts were limited to individuals 21 and older and were subject to liability when:

The founder of this Law Firm, George M. Chamlin, Esq. was Plaintiff’s counsel in the landmark case Kelly v. Gwinnell, 96 N.J. 538 (1984) which expanded social host liability to private residences. The New Jersey Legislature codified the Court’s decision from Kelly v. Gwinnell in New Jersey Revised Statutes Title 2A, Section 2A:15-5.5-5.8, a social host is anyone “who, by express or implied invitation, invites another person onto unlicensed premises for purposes of hospitality and who is not the holder of a liquor license for the premises and is not required to hold a liquor license for the premises under Title 33 of the Revised Statutes, and who legally provides alcoholic beverages to another person who has attained the legal age to purchase and consume alcoholic beverages.” However, in a recent decision, the New Jersey Supreme Court determined that a social host may be under 21.

Does the host of the party have liability for serving an intoxicated driver?

Contact Monmouth and Ocean County Personal Injury and Criminal Law Attorneys and Help us Help You.

If you are in a situation similar to Joey’s or affected by a person like him who suffered from physical injuries, it is important to reach out to an experienced personal injury attorney immediately to walk you through the entire process.

The team of Attorneys at Chamlin, Uliano & Walsh is prepared to navigate with you through the legal process every step of the way. Please call 732-440-3950  at our West Long Branch office or fill out a contact form today. Our knowledgeable team is waiting for your call.