What is the difference between an infraction, a misdemeanor, and a felony? 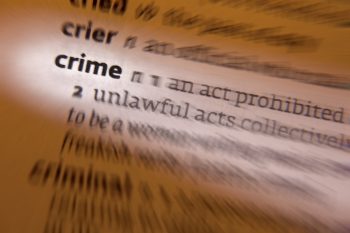 When one is charged with a crime, varying degrees of offense are associated with that charge, depending on the severity of the crime. In New Jersey, one can be charged with an infraction if the law was broken relatively minor, a misdemeanor if the infraction is more serious, or a felony if the crime committed is serious and poses great risk to the community. For example, someone who was pulled over and blows slightly over the legal limit for driving while under the influence of alcohol could be charged with a misdemeanor. However, if they were driving over the legal alcohol limit and were speeding through a school zone, that charge could be amplified to a felony, depending on the specific circumstances. If you have been charged with a crime, having the support of an experienced criminal defense attorney can mean the difference between a misdemeanor and a felony charge. Read on to learn more about the difference between infractions, misdemeanors, and felonies.

Infractions are charges issued to minor crimes. Infractions are issued when someone breaks a minor law or ordinance. While they do carry consequences, infractions are rarely documented on your permanent record, and very rarely do they result in jail time. Consequences for infractions generally include payment of fines. However, any charge for which a person must serve five or fewer days in jail is also considered an infraction under federal law. Some examples of infractions are most types of traffic violation tickets, trespassing charges, littering charges, and other minor offenses. When an infraction is ticketed, generally, the process for payment of a fine is written on the ticket, and no further action must be taken. As is the case in all legal matters, the offense grows in severity if the infraction is not addressed and the legal fines are not paid.

New Jersey Statutes 2C:1-4, which governs the different classes within the categories of offenses in New Jersey, states that both types of misdemeanors – petty disorderly persons offenses and disorderly persons offenses – do not constitute an actual crime, as it is defined in the New Jersey State Constitution. Because they are not technically crimes, they are tried at the municipal court level by a judge instead of a grand jury or other juries. 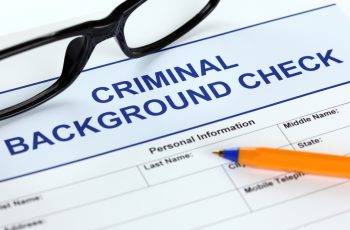 Felonies are the most serious criminal charge. In New Jersey, charges in other states are known as “felonies” are called indictable crimes. Generally speaking, crimes for which the sentence carries more than one year in jail are considered indictable. Within this category, there are five separate classes of felonies, according to federal law. A Class A felony under federal law carries life imprisonment or the death penalty. A Class E felony under federal law carries from one to five years in jail.

To ensure that your rights are upheld, you must seek the support of a qualified criminal defense attorney.

Contact our Criminal Law Attorney for a free consultation

If you are navigating a disorderly persons or indictable offense charge, we can help you ensure you receive a fair and minimum sentence.

For additional information on how criminal defense attorneys can assist you or someone, contact the West Long Branch, New Jersey office of Chamlin, Uliano & Walsh at 732-440-3950 or feel free to access our website.