There are a few main types of possession that can lead to drug charges in New Jersey. It is important to distinguish between them and understand how they impact your case. 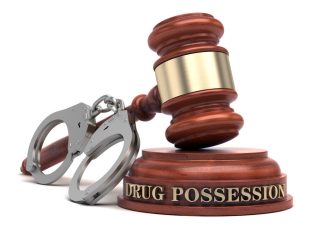 Drug possession in New Jersey is a serious offense that carries criminal charges. Some of the most common drugs that New Jersey citizens are caught possessing include heroin, cocaine, and MDMA, though other illegal drugs are also used, abused, and illegal to possess as well. Possession of a schedule I drug, the most dangerous class of illegal substances, often carries a third degree criminal charge. In fact, the majority of commonly-known narcotics and illegal substances such as methamphetamine, LSD, PCP, and others can result in a third degree indictable criminal offense being filed against one or more defendant(s). Possession of legal prescription drugs that are not prescribed to you will also result in a drug possession charge. Read on to learn more about what constitutes drug possession in New Jersey, the main types of possession in controlled dangerous substances (CDS) cases, and why it is essential to seek counsel from a knowledgeable criminal defense lawyer if you are charged with illegally possessing drugs in New Jersey.

In New Jersey, the illegal possession of drugs includes the possession, use, physical influence, and improper disposal of a controlled dangerous substance. With the realm of “possession,” there are three main types that can lead to drug possession charges being filed against you.

A person charged with actual possession has been caught by New Jersey law enforcement in physical possession of controlled dangerous substances, for example, in their pocket or in their hand.

Joint possession is very similar to constructive possession in New Jersey criminal law. Similar to constructive possession charges, a joint possession charge assumes that the defendant had knowledge that the drugs were present, that they were illegal, and that the defendant had some control over them. However, it occurs among two or more individuals. This often happens when law enforcement discovers drugs on the scene and they have reason to believe that each person had knowledge of the drugs as well as access to them and ability to control them. Multiple occupants of a vehicle is a prime example of this, as is a few people in a hotel room together or in a rented house at the Jersey Shore. We explore these types of situations in more detail below. 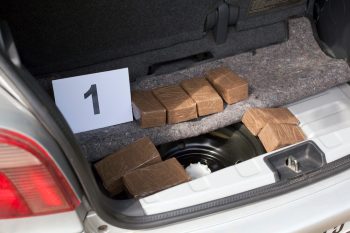 As mentioned above, a common example of constructive possession is when law enforcement finds drugs in a car in which multiple people are riding. While no one is found in possession, the prosecution will attempt to prove the likelihood that those in the car had knowledge of the illegal substance and some control over it. A common scenario leading to a joint possession charge is one in which drugs are found in possession of one person while caught storing them in the locked space of another, such as a car trunk or closet. In such a case, it is reasonable to assume that the owner of the locked space had not only knowledge of the presence of the illegal substance on their property but had given consent for it to be placed there by the other. In both cases, multiple defendants will likely be charged with possession of drugs.

A drug possession charge in New Jersey is a nuanced charge that requires an individualized defense approach based on the allegations, evidence, and details of the case. There are multiple ways that a skilled criminal defense attorney can develop a solid defense to reduce or even successfully eliminate your charge through legal arguments in court. Our team of criminal defense lawyers at Chamlin, Uliano & Walsh represents clients facing drug charges in Colts Neck, Lavallette, Middletown, Asbury Park, Freehold, Long Branch, Red Bank, and other towns in Monmouth County NJ, to make sure that their rights are protected and their best interests served. We have a long record of success investigating our clients’ charges, building a strong defense that removes culpability, helps them gain admission into a program like Conditional Discharge, Pretrial Intervention, or Drug Court,  or reaches a plea deal with prosecutors to reduce their sentence as much as possible.

Contact us at 732-440-3950 or toll-free at 888-328-9131 to schedule a free and confidential consultation regarding your drug possession case. When you need experience and trusted advice of counsel in a criminal case, we have these qualifications in spades.